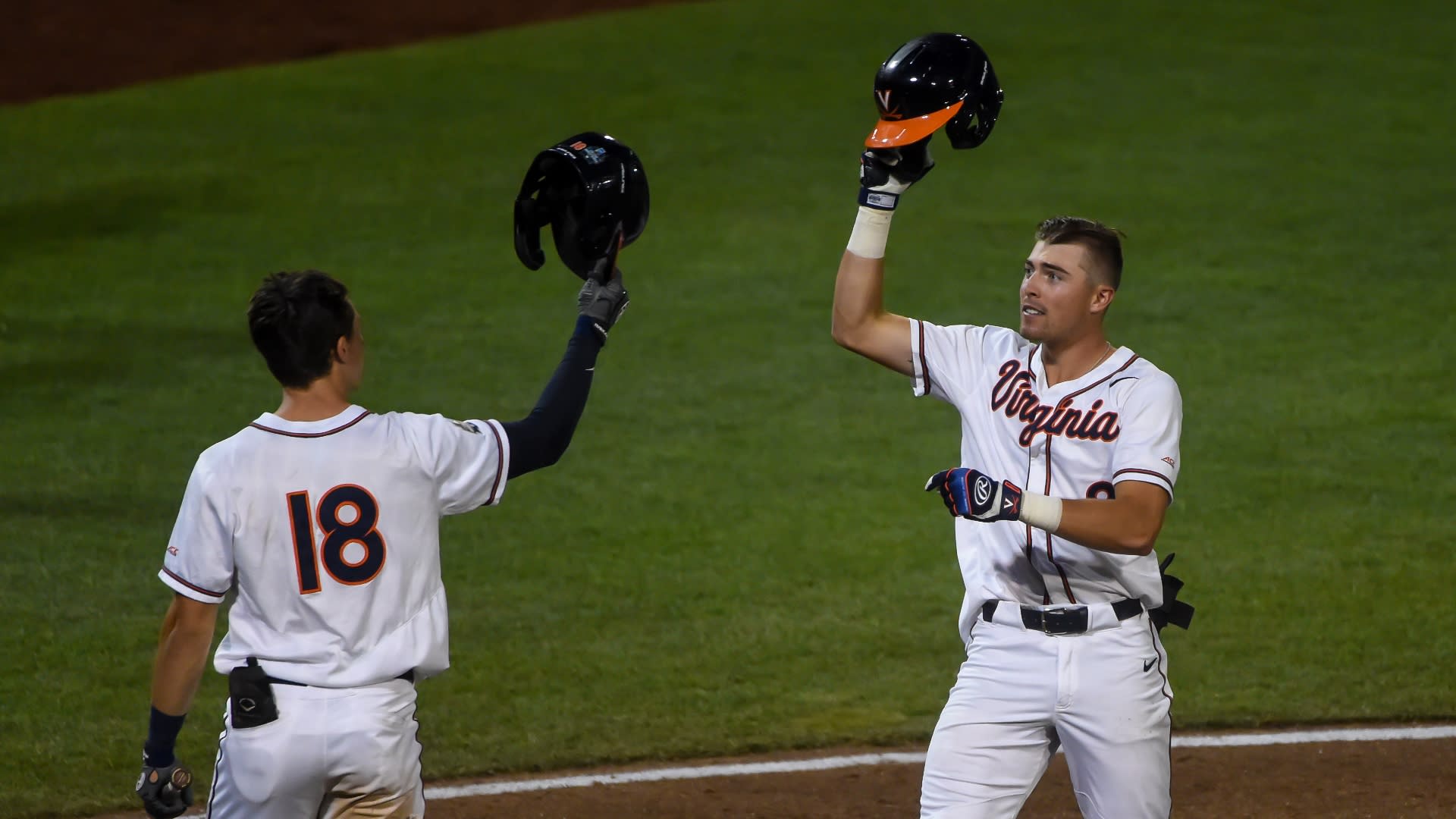 Virginia baseball is once again facing elimination, a scenario that has become familiar territory for the program throughout their improbable postseason run.

The Cavaliers dropped a heartbreaker to Mississippi State on Tuesday, meaning they will now face Texas in an elimination game Thursday.

If they beat Texas, they’ll have a chance to exact revenge against the Bulldogs in a rematch. If they lose, their season is over.

Here’s everything you need to know ahead of Thursday’s matchup.

TV Channel: Virginia Cavaliers vs. Texas Longhorns will be broadcast on ESPN2.

If Virginia wins, they’ll play Friday at 7 p.m. in a rematch with Mississippi State. If they lose, their season is over.

VIRGINIA CAVALIERS vs. TEXAS WHAT TO WATCH

Virginia is in the Men’s College World Series for the first time since 2015, when they won their only championship in program history.

Texas is in its first Men’s College World Series since 2018 and fourth since 2010. They last won the title in 2005, their sixth championship in program history.

Kyle Teel, C/INF, Virginia (.320 average, 9 home runs, 40 RBI): Teel leads the Cavaliers in both batting average and homers as a freshman and appears poised to be a team leader for the next few seasons.

Pete Hansen (1.79 ERA, 74 strikeouts in 85.1 innings pitched): Hansen pitched two innings in the Longhorns’ last game, but even though it has not been confirmed he is the favorite to start Thursday’s elimination game.

Developer(s): EA CanadaPublisher(s): Electronic ArtsGenre: SportsGame review links: Metacritic: 76/100Game description: EA continues to innovate on its gameplay engine by introducing Rock and Fire Pitching, a pitching mechanic that will forever change the way you deliver that blistering pitch past the batter. Rock and Fire pitching gives you ultimate control and increased feel to more realistically […]